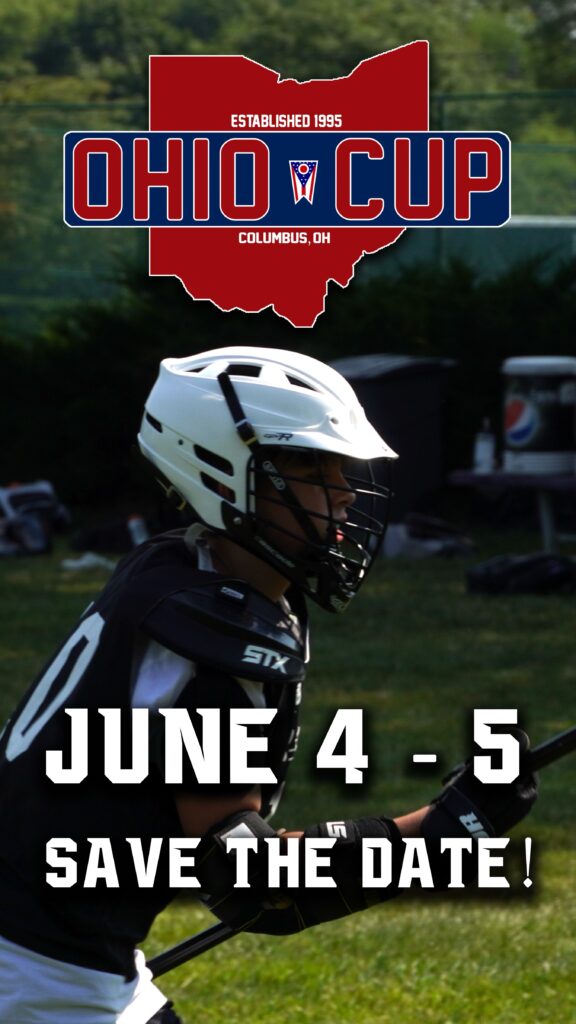 All Ohio Lacrosse, the premier youth lacrosse league serving the greater Columbus, Ohio region is excited to announce the acquisition of the Ohio Cup Youth Lacrosse Tournament. The Ohio Cup is one of the oldest running youth tournaments in the Midwest. For the past 14 years the tournament has been owned and operated by Joe Chilovich of Hilliard, Ohio.  As the original locally owned and operated youth lacrosse tournament, the Ohio Cup will be celebrating its 25th anniversary this year. The tournament will feature multiple age groups and divisions this year. It will have a 3/4, 5/6 A, 5/6 B, 5/6 C. New divisions include: 7/8 A and 7/8 B. These will be for both Boys and Girls.

Managed by Executive Director Bear Davis, another Hilliard alum and former Major League Lacrosse coach, All Ohio Lacrosse will take over responsibility for carrying the Ohio Cup torch onward as the premier youth lacrosse championship event in the region.  “This is a great opportunity for both All Ohio Lacrosse and the Ohio Cup. The Ohio Cup has such a rich history in the region and we look forward to strengthening the foundation that has already been built,” said Davis. “On behalf of All Ohio Lacrosse, I would like to thank Joe Chilovich for all that he has done, not only for the Ohio Cup but for also playing a major role in the development of youth lacrosse in Central Ohio.  We are excited that he will stay on with us this year as an event director.”

The Ohio Cup started in 1996 by Dan Kiser, Tony Currie & Jeff Hill with 4 teams participating. One being from the state up north. They also ran Hilliard Youth Lacrosse Association (HYLA). In 2006, Joe Chilovich & Tom Davis took over operations of HYLA and the Ohio Cup. During that tenure the tournament added girls lacrosse and the participant teams grew to an average of 42 teams. In 2015, HYLA merged with the Hilliard Optimist Club and the tournament became a separate entity run by Joe Chilovich. The Ohio Cup tournament has been one of the longest running youth tournaments within the State of Ohio.